The hard drive is one of the most vital elements of all modern computers and is at the heart of our work: data recovery. Our 30+ years of experience has given us the opportunity to work on almost all types and all brands of hard drives.

History of the hard drive

When the IBM produced the first hard drive on 13 September 1956, few people had imagined the impact that it would have on our daily lives for over 50 years. The RAMAC ("Random Access Method of Accounting and Control") was the size of two refrigerators and weighed a ton. An air compressor was required to protect its heads, its plates were as large as pizzas and its storage capacity (5Mb!!) is now small enough to fit in your pocket. The RAMAC was available for long-term loan at a modest sum of USD $35,000, equivalent to USD $254,275 today.

Twenty-five years later, the first hard drive for PC was invented. Thanks to the MFM encoding method, the PC could hold 4Mb of data and attained a transfer speed of 625Kb/s. A later version of the interface ST506 introduced the RLL coding method which allowed an even larger storage capacity and faster processing speed.

IBM once again rewrites history on the 12 August 1981, with the launch of the first personal computer – "Personal Computer (PC), IBM 5150." At a cost of USD $1,565, IBM 5150 offered just 16Kb of memory, the size of a small email. We had a hard time reminding ourselves that even at the end of the 80s, 100Mb was considered a very large drive space. Today, this size would barely be enough to install the operating system and of course, completely inadequate to run any applications.

"It’s hard to imagine the usefulness of the first computers, because compared to today’s standard, they can’t do much at all,"

Thanks to the different evolution's, the production of hard drives have increased from a few thousands in the 50s to over 260 million in 2003. The cost of saving on magnetic support grew from USD $2,057 per megabyte in the 60s to USD $0.033 per gigabyte today.

What is the future of the hard drive?

Today there are two standard hard drive sizes: 3.5in and 2.5in, commonly used in desktops and laptops respectively, with a capacity of up to 16 terabytes of data. However, the drives are becoming smaller and smaller, more powerful, and less expensive. According to Bill Healy, the director of Hitachi, drives that contain terabytes will be small enough to be worn like jewelry. “We will soon have everything on us - our albums and songs, photos, and administrative documents.”

Having six different drives is common practice nowadays: PCs, laptops, mobile phones, tablets, game consoles, and smart TVs, just to name a few. Some experts predict that there will be households that have over 25 drives, with the advent of the Internet of Things.

It is even predicted that there will be as many drives supplied in the next five years as there were in the past 50 years. Analysts like Gartner, IDC, and TrendFocus believe in a massive growth in number of units and in sales revenues.

As new devices appear on the market and the quantity of saved data expands, the risks of data loss increases. No matter what means are taken to save data, nor what investments in data protection are done, data loss is inevitable. With almost 30 years of experience, Ontrack has seen almost all imaginable disasters. They range from the dog having confused its owner’s USB stick with a bone, to the user who had shot their phone with a gun in a moment of rage. Let us not forget the company executive who spilled coffee on their laptop or the father who accidentally deleted photos of his newborn child.

Ontrack offers the most innovative expertise and technology to recover lost data from any type of media, operating system, or storage device, regardless of how old or damaged it is.

A piece of advice to remember is to always anticipate and prepare for the worst. By establishing a relationship with a data recovery service provider early on, you are arranging a contingency plan for the worst case scenario. 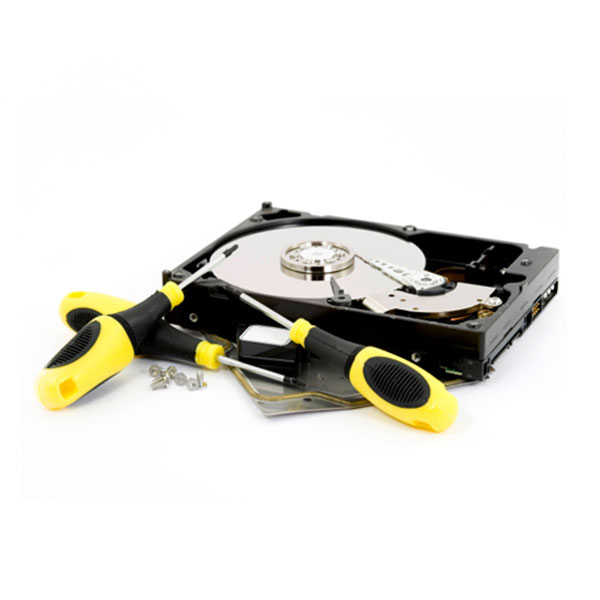 History of storage and data recovery

Today, our computers have impressive storage capacities; we can store data in the cloud and our smartphones allow us to access our data immediately. Over the years, we have become used to a certain degree of technology, and it is difficult to live without it. However, it took time for technology to reach its current level.

For example, you may know that Apple had launched its first Mac computer in 1984, but did you know what inventions were launched that same year, that allow us to have tablets and smartphones today?

Did you know that the first licence on RAID configurations was made in 1978, which is 10 years before the release of the very influential article “A case for Redundant Arrays of Inexpensive Disks” (that gave the acronym RAID), or that the first commercial data recovery had been accomplished by Ontrack in 1987?