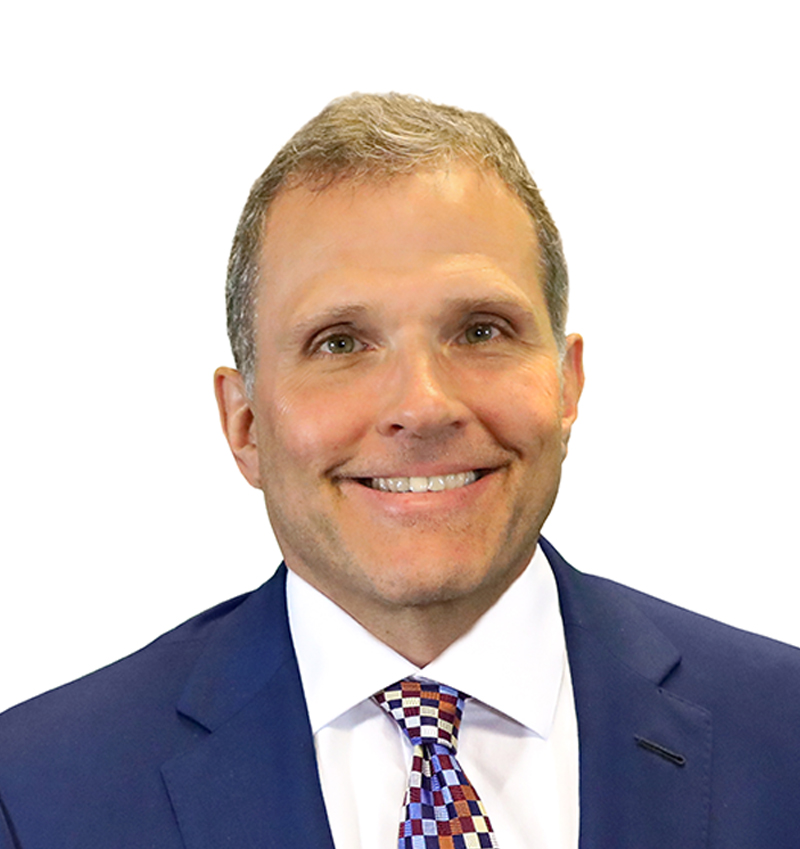 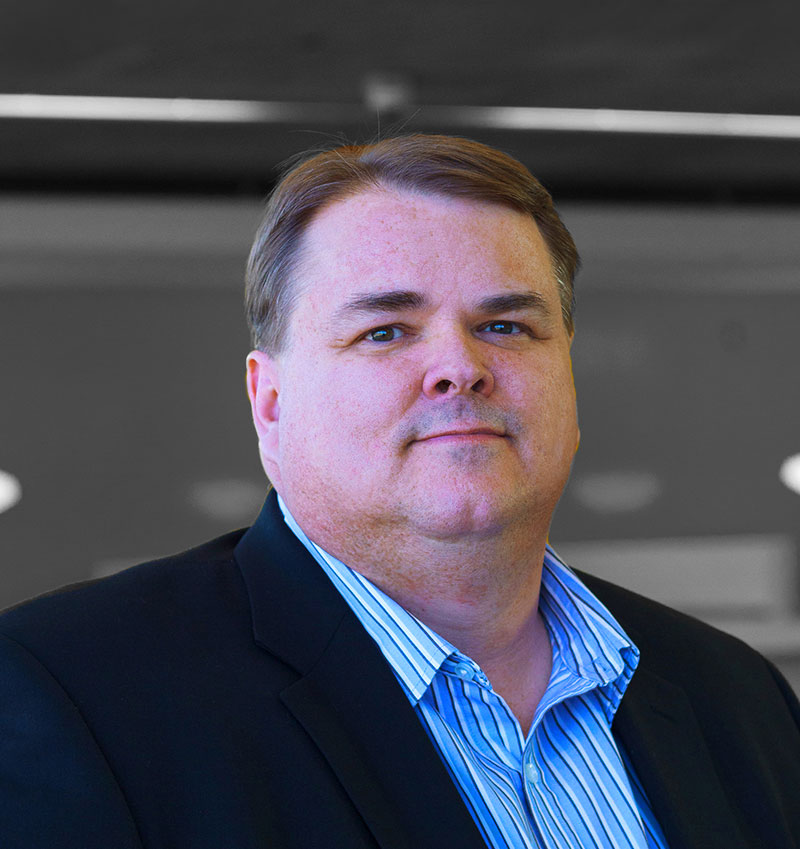 Mr. Weiler co-founded KLDiscovery in 2005. Since its inception, KLDiscovery has emerged as one of the top eDiscovery vendors in the United States. KLDiscovery has been recognized by Socha-Gelbmann, the Inc. 5000 and Deloitte’s Technology Fast 500™. Mr. Weiler also received Ernst & Young’s Washington, D.C. Entrepreneur Of The Year award in 2014.

Prior to co-founding KLDiscovery, Mr. Weiler co-founded and built On-Site Sourcing into a $40 million litigation support and electronic discovery services company, named in a survey of the American Lawyer top 100 law firms as one of the top five imaging and coding services companies and one of the ten best electronic discovery firms in the United States.

As a former 1st team Washington Post All Met Receiver, MVP of Navy’s 1984 football team and the father to three college athletes, Mr. Weiler has devoted the majority of his free time over the past fifteen years to coaching young men in youth basketball and high school football. Since 1997, Mr. Weiler has been the head or assistant coach to AAU, county and CYO basketball teams and two high school football teams in Northern Virginia.

Joining the Lake Braddock Secondary School Staff in 2004 as the offensive coordinator, Mr. Weiler helped engineer the greatest turnaround in Virginia, Maryland and DC history from 2004 to 2005, winning five district championships, two straight Northern Region titles and a trip to the Virginia state final in 2009. Mr. Weiler also personally donated $200k for the building of two FieldTurf Fields at the school.

As President, Data & Storage Technologies, Mr. Bridge leads the Data & Storage Technologies (DST) organization globally with offices and laboratories in 28 locations. He has been with Ontrack for over twenty years, moving from sales to global channel manager to business development manager to managing director for Western Europe, holding this latter position for some 7 years. This has led to Mr. Bridge having an extremely well rounded view of the company and an in-depth knowledge of the industry.

Mr. Bridge has insight into all areas of the DST business and can offer an expert opinion and insight into Ontrack as a business; its vision, values and corporate strategy, as well as advice on business continuity, information management and channel and partner strategies.

Mr Bridge is based out of the Epsom, UK operation.

He joined the company in 1996 when the German operation was founded and built it up to an operation with more than 75 employees serving customer needs 24/7/365. Under his leadership, Ontrack expanded into Italy, Switzerland, Poland and into the Nordics and became the leader in EMEA.

Previous to Ontrack, Mr. Böhret worked as European Sales Manager for Hengstler GmbH and as project manager at Stark Systemstechnik. He studied computer science in Munich and business administration with a focus on marketing and computers in Stuttgart.

Besides his engagements in management, he made his mark with numerous publications in the sector of IT security and software, e.g. as the co-author of the book “The man in the software development.”

Mr. Maus is responsible for sales of Ontrack’s data recovery services and software globally. He joined Ontrack in 2013 with responsibility for the Enterprise Software Business Development team, and led the efforts in closing the largest, multiyear OEM contract in company history. He then consolidated the North American Business Development teams for the Data & Storage Technologies division, and is now leading the transformation to a centralized sales organization across 17 offices to one global team.

Mr. Maus has over 25 years’ IT industry experience in Sales, Marketing & Product Management, with a particular focus on building new revenue streams through the channel. Prior to Ontrack Mr. Maus worked for Dell, Mitel, Level 3 Communications and Enron. While at Enron he lived in London, opening the European Operations for their Broadband Services unit.

Mr. Maus graduated with honors from Westminster College where he studied Business and Communications, was a member of Sigma Phi Epsilon, and helped found their Rugby Club. He's been married for over 20 years, is a father of 3 teenagers, and enjoys travel, golf, and family time.

Mr. Burmeister joined Ontrack in 1991 as one of the initial data recovery engineers. He has over 20 years of experience in the data recovery profession, moving from engineering to senior leadership roles while focused on building a best-in-class worldwide data recovery operation. He was essential in researching file systems and defining practices aimed at resolving data loss on all types of storage media and storage environments. Whether a Fortune 500 company or family pictures of the first birthday, Mr. Burmeister leads and works daily with the global team - saving irreplaceable data and always providing an excellent customer service experience.

Currently, Mr. Burmeister is responsible for 15 data recovery labs across the globe and building the world leading Data Recovery Operations Team for the Data & Storage Technologies business line. The team operates globally on a 24/7/365 basis, ready to respond to emergency customer situations at all times and offering on-site, in-lab, and remote services to address the most secure and discrete scenarios. The operations recovery team proudly focuses on its mission of continuous improvement and optimizing efficiencies to the advantage of its world-wide customer base.

Mr. Burmeister holds a B.S. in Computer Science and Minor degree in Mathematics.

Adrian Briscoe joined Ontrack in 2003 as an Electronic Evidence Consultant in the London (U.K) office. In 2005, he moved to Australia to set up DST operations in Brisbane before overseeing expansion in Singapore in 2006, Hong Kong in 2008 and most recently in Japan in 2017.

Mr. Briscoe has more than 33 years' experience in the IT industry, initially starting out as a protocol specialist in London, working with IBM mainframe, mini and desktop systems.

Previously, Mr. McCaffrey held roles in the ediscovery business of Ontrack where he led projects in a variety of fields, including ediscovery SaaS product management, strategic partnerships, and governance, risk and compliance solutions. In collaboration with his team, Mr. McCaffrey helped clients manage and reduce the costs of responding to litigation, investigations and regulatory compliance requirements, often through the implementation of continuous active learning technology.

Prior to joining Kroll Ontrack in 2009, Mr. McCaffrey spent eight years in the data storage industry with Seagate, bringing successful information storage products to market and growing global sales. He is well recognized by leading storage OEMs for developing and successfully launching products to meet the information management and business needs of customers.

Ms. Walker joined the Ontrack team in October 2018 as the leader of the global marketing team. As the VP of Global Marketing she leads strategic initiatives in transforming marketing to support global expansion of the core business of data recovery and supporting services.

With over 20 years of sales and marketing leadership positions, Ms. Walker brings substantial experience in launching programs and products through a creative and collaborative approach while aligning marketing and sales teams with defined roadmaps to ensure success. Prior to Ontrack, Ms. Walker spent over 15 years with education start-up organizations launching personalized literacy and mathematics programs in the K12 market. She has also worked in service and technology organizations launching channel marketing and partner programs.

Ms. Walker is a graduate of the University of Kansas with a BA in Business Administration and resides in Chanhassen, Minnesota.