How long do SSDs last? 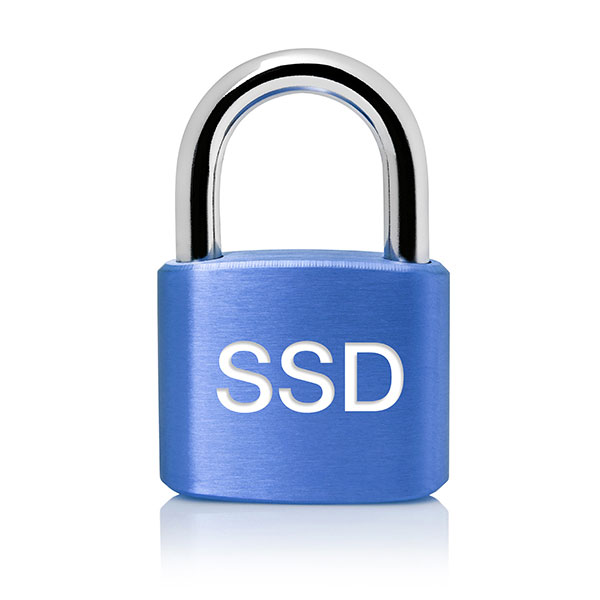 Until a couple of years ago many IT administrators, as well as IT managers, were concerned about the risk of losing valuable data because of a sudden failure of SSDs in their storages. Due to this, manufacturers took a long time to convince the public that SSDs were safe to use, especially when handling sensitive data.

In this article we explore the SSD and how long it really does last!

What is an SSD?

A NAND Flash chip based SSD is by definition a totally different storage media than the traditional hard disk drive which saves its data on a magnetic plate. It consists of an electronic controller and several storage chips. A hybrid drive –  SSHD – consisting of both storage technologies: A normal magnetic hard disk drive as well as storage chips.

The main benefit of electronic chips for storage is that they are much faster than HDD with a spindle inside. That is due to the fact that a normal HDD consists of many mechanical parts and rotating discs. Also, the repositioning of the read/write head takes much more time than just pushing data through electronic interfaces. Additionally, SSDs have a very short access time what makes them perfect for being used in environments where real-time access and transfer is a necessity.

The downside of the SSD?

The downside of SSDs with the NAND Flash-based chips is that they have a limited lifespan by default. While normal HDDs can – in theory – last forever (in reality about 1o years max.), SSDs have a built-in “time of death”. To keep it simple: An electric effect results from the fact that data can only be written on a storage cell inside the chips between approximately 3.000 and 100.000 times during its lifetime. After that, the cells “forget” new data. Because of this fact – and to prevent certain cells from getting used all the time while others aren´t –  the manufacturers use ‘Wear-Leveling-Algorithms’ to distribute data evenly over all cells by the controller. As with HDDs the user can check the current SSD status by using the S.M.A.R.T. analysis tool, which shows the remaining lifespan of an SSD.

Usually, manufacturers give an estimate with the so-called terabyte(s) written (TBW)– especially when it comes to enterprise SSDs, but also for consumer versions. Because of the fact that by using Wear-Leveling the data will be distributed evenly over all cells, this figure is supposed to tell how much data can be really written in total on all cells inside the storage chips and over the whole lifespan.

A typical TBW figure for a 250 GB SSD lies between 60 and 150 terabytes written. That means, to get over a guaranteed TBW of 70, a user would have to write 190(!) GB daily over a period of one year. (In other words, to fill two-thirds of the SSD with new data every day). In a consumer environment, this is highly unlikely.

A normal office user writes approximately between 10 and 35 GB on a normal day. Even if one raises this amount up to 40 GB, it means that you would have to write for more than 5 years until the 70 TBW limit was reached.

Can SSDs last even longer than promised?

The good news is: These figures are even lower than the real TBWs detected in a long-term test conducted by Germany´s most respected IT and Computer magazine c´t and the Heise publishing company. In the magazine´s test, they bought two SSDs from the 12 most popular products available in 2016 and tested each product for one year until the end of June 2017. The SSDs that were conducted were OCZ TR150, Crucial BX 200, Samsung 750 Evo, Samsung 850 Pro, SanDisk Extreme Pro and SanDisk Ultra II.

The experts from the magazine wrote bits of data on the SSD’s using a special tool programmed to both analyse the performance as well as to constantly fill the disks with data.

The test clearly proves that the fear of a limited lifespan is highly exaggerated in most aspects. But there are other threats…

If they last that long, what are the dangers?

Even though these tests clearly show that SSD’s last longer than expected, using this storage medium still poses a serious threat: Recovering data from failed SSDs is more challenging for data recovery service providers and its experts than those with magnetic plates (HDDs). This is because of the fact, that getting access to the device is often difficult. When the SSD controller chip is broken, access to the device and the storage chips is impossible.

The solution to this problem is trying to find a functioning controller chip that is identical to the bad one and to remove and exchange it with the identical one to get access. What sounds quite simple is a difficult task in reality. This also applies to when trying to access data from faulty storage chips. Recovering data from those storages is highly dependable on the exact case. In many cases, highly professional data recovery experts like those from Ontrack Data Recovery are able to reset data, in some cases however this is not possible and the data is lost forever. But in the last years, Ontrack has developed a lot of special tools and processes to master these challenges in many cases and successfully recovering the lost data.

A point to remember

In the case of data loss from SSD’s the best idea is to contact a professional data recovery service provider. When it comes to a physical fault there is no possibility for a common computer user to recover or rescue the data themselves. Also, when the controller or storage chip is malfunctioning the attempt to recover data with a specialised data recovery software tool is even more dangerous. It can lead to a permanent data loss with no chance of recovering the data ever again.

To speak with a data recovery service representative, call us or submit an enquiry: