Redundant Array of Independent (originally Inexpensive) Disks (RAID) storage has revolutionized enterprise data storage technology, building in the peace of mind of redundancy (from RAID 1 & above) which can greatly minimize downtime suffered due to individual drive failures.

Unfortunately though, RAID storage isn't a perfect technology and as a result data loss can still occur. 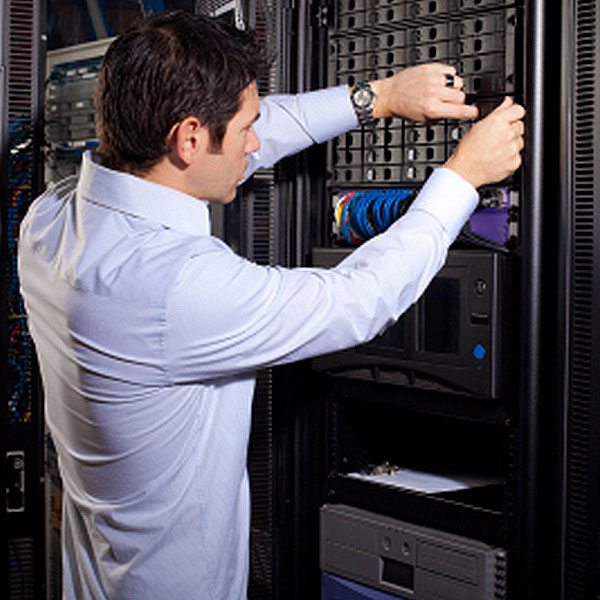 RAID is a technology that supports the use of 2 or more hard drives in various configurations for the purposes of achieving greater performance, reliability and larger volume sizes through the use of consolidating disk resources and parity calculations.

So, what do the RAID levels mean? The numbers simply refer to the configuration of the RAID. Knowing that all RAID systems store data efficiently, the choice of system will be based on your own personal needs. The RAID 1 for example meets the needs of performance and reliability. The RAID 5 is a good choice if you are looking for both performance and fault tolerance.

RAID is the acronym for Redundant Array of Inexpensive Disks (Redundant Array of Independent Disks). The concept was born at the University of California, Berkeley, where David A. Patterson, Garth Gibson and Randy H. Katz were collaborating to produce operational prototypes of five levels of RAID storage systems. The result of their research has formed the basis of the complex RAID storage systems that exist today. Today IBM holds the intellectual property rights on RAID 5.

The design of the RAID storage system was aimed at improving the performance, recovery, reliability, and scalability of storage. The result was a unique redundancy concept that offers data recovery capabilities in the event that a drive fails in the system. In fact, RAID controller cards have acquired the ability to continue reading and writing data even if a disk is "offline".

RAID is traditionally used on servers, but can be also used on workstations. The latter is especially true in storage-intensive computers such as those used for video and audio editing.

The logical system configuration splits the data in tapes across all physical disks. This makes it possible to have a balanced data rate on all the disks; instead of having a disk that does all the work of reading and writing the data, all the disks work together. The data is therefore distributed over all the physical disks.

Redundancy in a current RAID 5 configuration is the result of using a Boolean mathematical function called "Exclusive OR" (XOR). This is commonly referred to as parity. The XOR function is a logical binary process. It is best to consider the parity as a combination of the data blocks of the other disk. Each byte that is written in a data block is calculated relative to the other data blocks. The parity obtained is written in the parity block for this given band. This calculation will always work, regardless of a missing data block. However, the calculation will not work if two blocks are missing – one of the limitations of RAID 5 – it will not provide adequate redundancy if two or more disks fail.

Although RAID storage systems are designed to be fault-tolerant, some hardware or other failures can make your data inaccessible. If your system encounters such problems with its RAID array, Ontrack Data Recovery is an expert in RAID data recovery procedures and techniques.